Hi. In this article I want to talk about how I created my generative art piece Cells. By the way, I know the name is lame.

If you want to check out generative art here is the link for it.

It just bunch of cubes, you might say. But from my perspective it actually describes something like squeeze. Like squeezing bunch of stuff in a limited space. Different colors, different sizes, different properties but those stay in the same area. Reminds me the real world.

Technically speaking, it is built on Filament PBR Engine by Google. I've read it's design papers dozens of time and it has potential to render realistic scenes. I didn't need realistic rendering in this piece but I always try to learn new stuff.

The code is fairly simple. It is simple because I already created some kind of helper functions for Filament. I just needed to spawn bunch of cubes.

Spawning cubes was easy at first but I made it more harder because I also wanted to test my math skills. My ultimate goal was to create 3D matrices with different sizes and different values.

The matrix above represents a slice of 3D matrix. Each value corresponds the size of that cube. 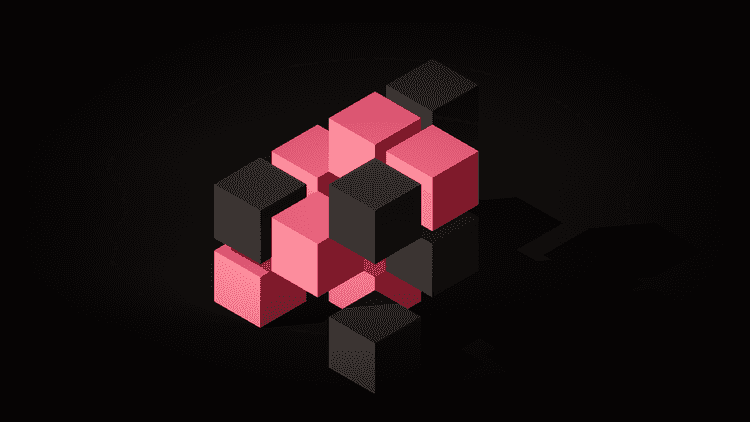 For example let's write the first slice (from left) of above image.

0's in the matrix represents that there is no cubes in that place. 1's are (you probably guessed it) there is a cube with size of 1. 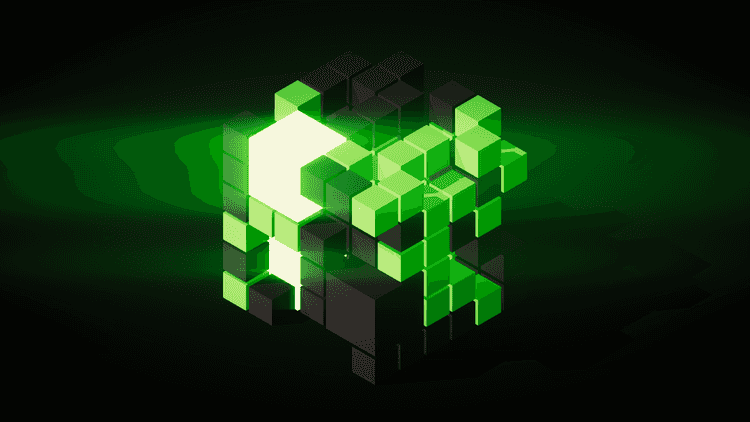 For above image (sorry for bands in the image, Gatsby's fault), the first slice of matrix would look like this:

2's in the matrix represents that there are a cube with size of 2. I guess you understand what the whole picture looks like.

Now let's move on to generating these matrices.

I don't know about you but in all of my generative art projects I always start with generating the data. In this case, the data is matrix. Then using that data I can create anything, try different things with the same data.

To represent matrix in code, I've used 3-dimensional array. I've also created some utility functions for checking if given value of matrix is empty or not, returning occupying spots for a given value and for placing a value in a spot.

With those functions and by looping through matrix, I've placed different numbers (cubes) in matrix. Placing part is actually very similar to brute-force. I've started cube's size with maximum value (depends on size of the matrix) and iteratively decreased it's size until it 'fits' the spot, essentially I squeezed that cube in a spot.

After placing a all cubes, I've started to visualize the data. Firstly I experimented on adding color to the cubes. For doing that, I've created some color palettes and selected random one for each cube, fairly easy.

If you've noticed it, some cubes have bloom (it is really bloom). For adding bloom, I found big cubes (big numbers) in matrix and added emission to material of that cube. The color of emission is depends on the color palette. Finding the great vibrant color from a RGB palette was hard. I've experimented with different values of color.

In the end, I've used color with highest chroma in a given palette. Colors with higher chroma generally more vibrant so I used it. 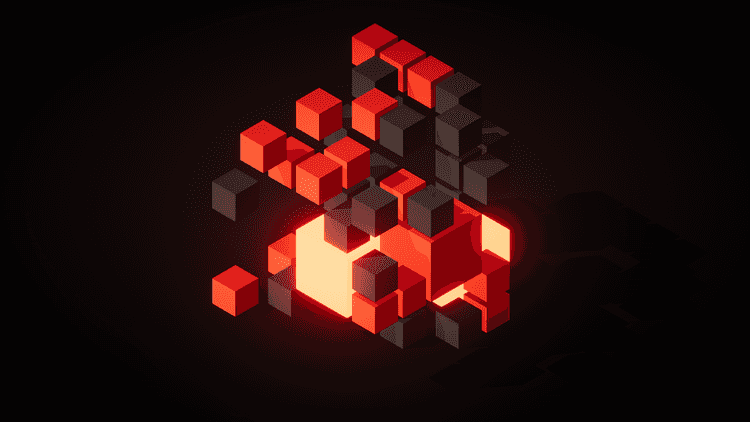 I've searched it in Google and find out that it is something like loop. Then I changed anamorphism setting in bloom's options to 1, and nothing happened. Then I changed it 10000 and saw that it spreads the bloom horizontally. Changing it to 0 makes spread direction vertical.

It's not like god rays but I think it is great effect.

After adding little post processing I've decided that it's done.

So, that's it. That's how I made Cells. It was a fun project, I've learned about Filament (awesome engine), color theory, anamorphism, WASM and more.

Until next time and thanks for reading.